After Lima, we flew to the coast of Ecuador, and then 1000km westwards over the sea to the Galápagos Islands. 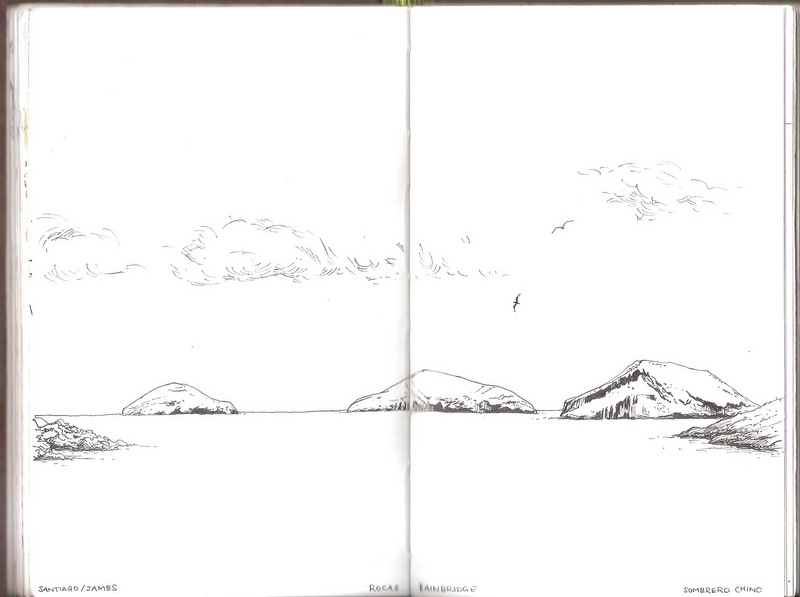 Our 8 days in the Galápagos were some of the best of my life – I’ve always wanted to go there.  We stayed on a gleaming white catamaran with 10 other passengers, 7 crew and 1 naturalist guide.  Each day was spent visiting 2 island sites, with snorkelling in between.  The Galápagos Islands are relatively young; they were (and continue to be) created by volcanic eruptions, with the oldest thought to have been formed upwards of 5 million years ago.  As I mentioned earlier, they lie approx. 1000km off the coast of Ecuador and all the land animals there are descended from ancestors who were either washed ashore on flotsam from the mainland, or found their way through the air.  They slowly evolved to make the best of their new environment, becoming the creatures we see today.  Consequently a great number of the species you see are endemic (ie only found there) to the islands, and often to one island specifically.  Humans have lived on the Galápagos for about 200 years to some degree or another, but the animals have mostly been unbothered by them and continue to behave as such.  You can get incredibly close; sometimes you actually have to be careful not to step on them.

An excellent example of the adaptations these washed-ashore creatures had to make are the Galápagos Marine Iguanas.  The ones below were on Isla Isabela.  Read the writing by the drawings to find out about them, they’re amazing and only found on the Galápagos.  You can click on the pictures to enlarge them. 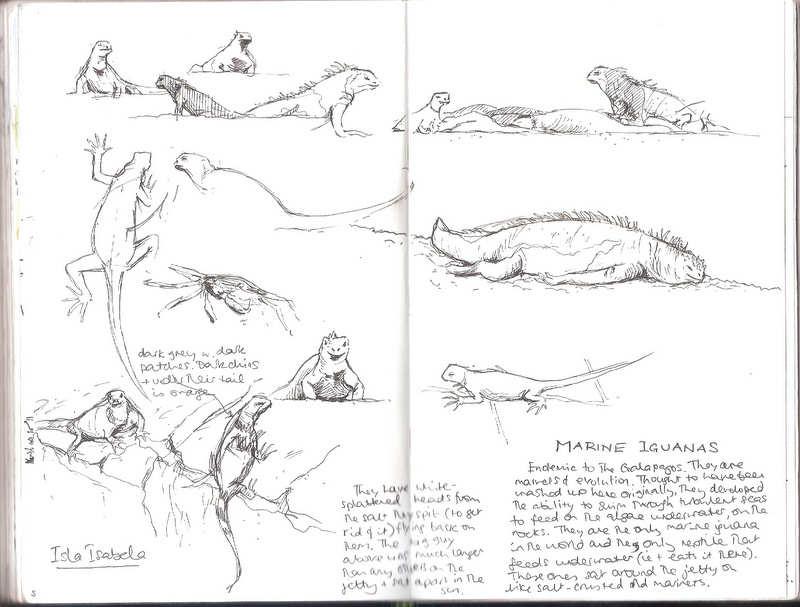 Eimear and Michael, a couple on our boat, who are Irish and moving to Australia.  The sea lion sketches are taken from an hour or so we spent wandering among a colony on Isla Española.  Occasionally they would bark/grunt/cough, gave me a jump every time.  Later in the week a sea lion swam up to me as I stood in the surf, looking up at me with its huge dark eyes before sniffing my legs, then (gently) biting my foot.  Am in love. 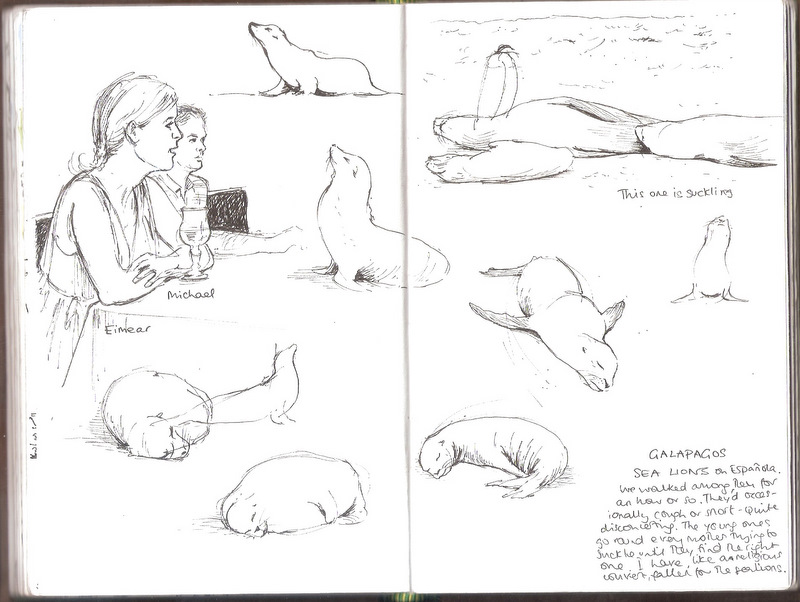 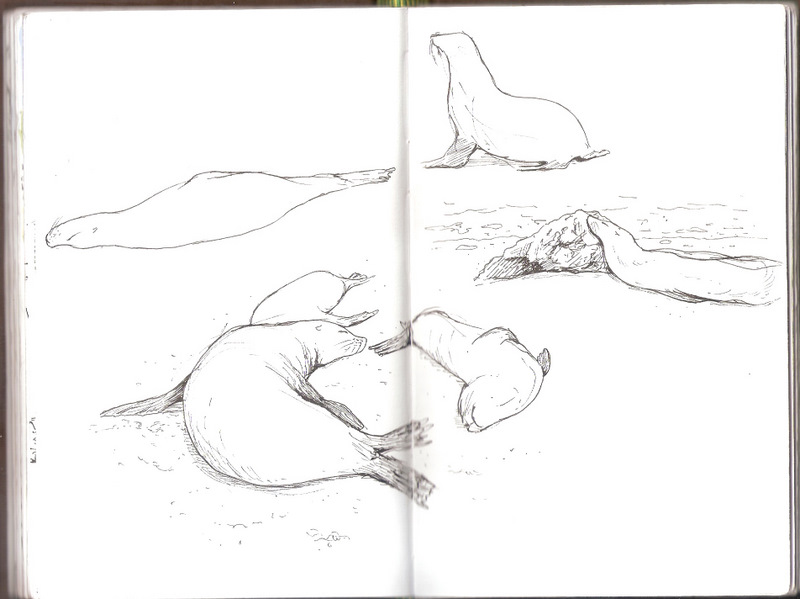 Birds on Isla Española.  Española is the oldest island of the Galápagos and has an incredible abundance of wildlife.  Here are pelicans (these two came to rest on each prow of our boat), Nazca Boobys and the beautiful Waved Albatross, which only nests on Española.  I’ve always been very curious about albatrosses so I was excited about seeing one for the first time.  The wing span of these birds is over 2m, allowing them to glide for hours.  They have an ability to monitor air pressure and therefore can sleep as they fly, alerted by their brains if they drop below their ‘cruising’ altitude. 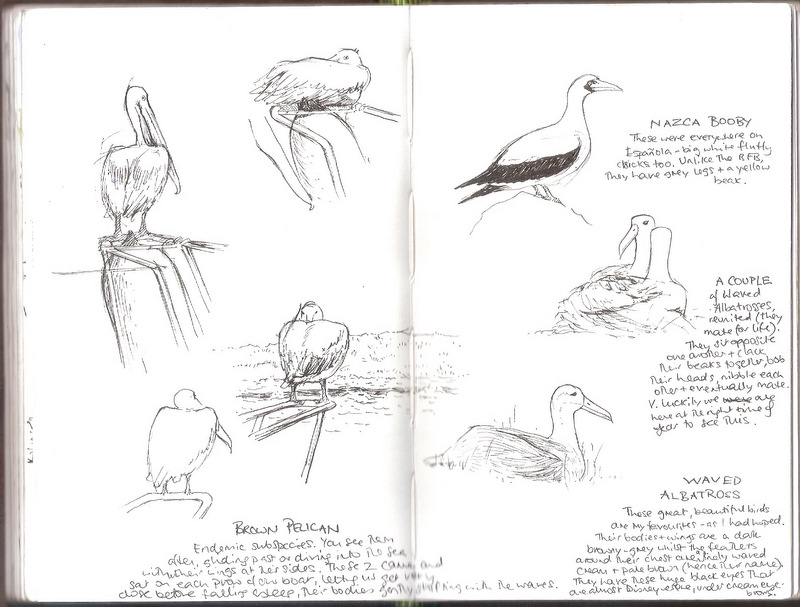 More albatrosses, our captain and some Galápagos Giant Tortoises.  It was strange to see all the baby ones and know they’ll outlive you. 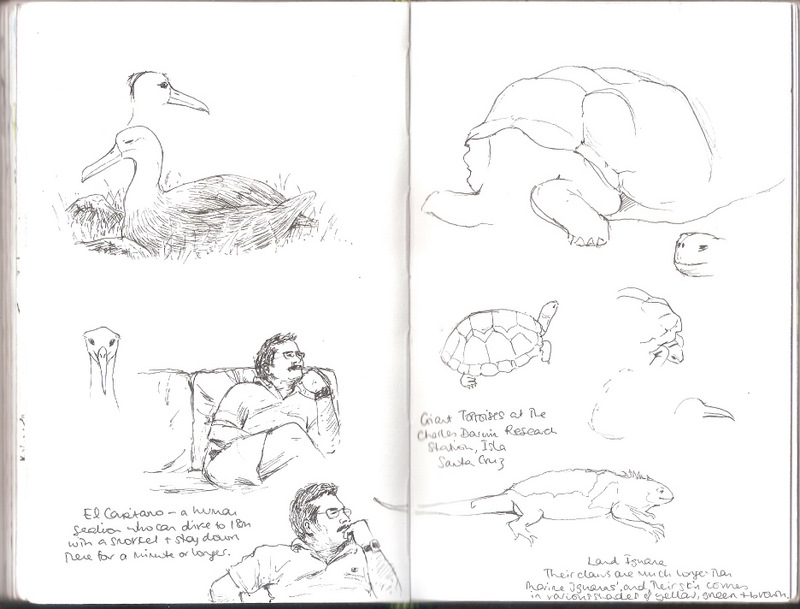 Our last day, when we visited the Islas Plazas and North Seymour Island.  At last I managed to get some Blue-footed Boobies (is it Boobies or Boobys?) down.  They’re brilliant, they just stand there, occasionally stepping left to right, looking at you about as inquisitively as you look at them.  I also loved the Swallow-Tailed Gulls, with their strange, red-rimmed, marble-like eyes.  They’re only found in the Galápagos and are the world’s only fully nocturnal gulls.  Very beautiful. 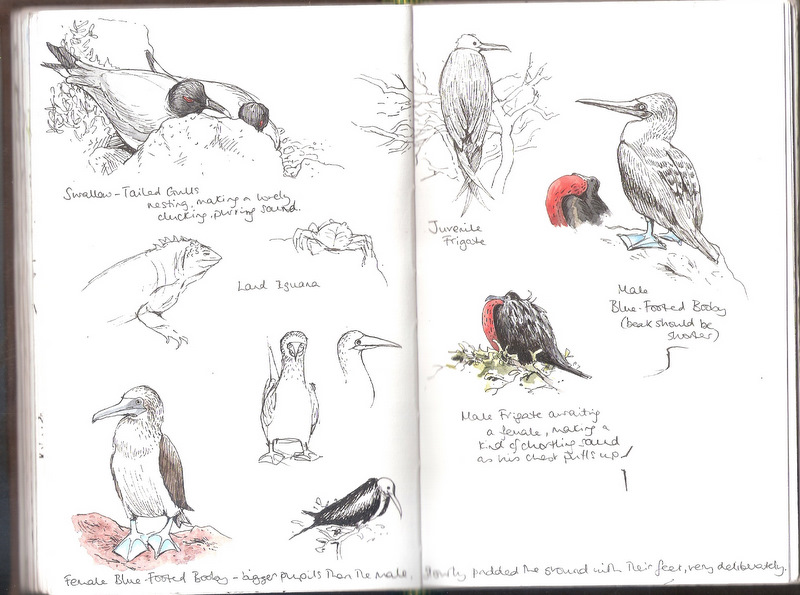 And then it was time to leave.  What an amazing place and what a privilege to have been there.  It was like seeing what the world might have been like if humans hadn’t got involved: everything in balance, nature in its pristine state.  And I haven’t even got onto the snorkelling. 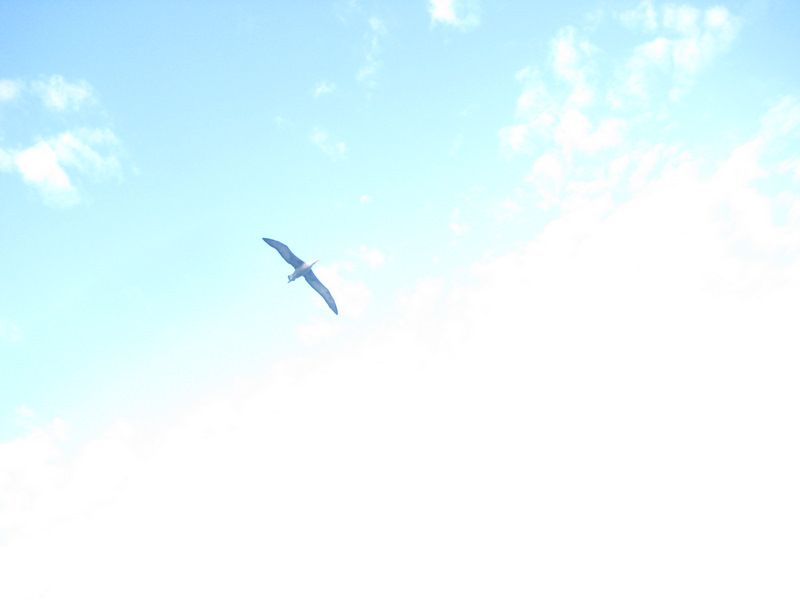 Ps – for a comprehensive, beautifully-shot photographic summary of our week, have a look at the blog of two of our fellow passengers, Erin and Matt.  There’s some great videos on there too.