A storyboard for Si&Ad at Academy, for Vaseline Spray and Go body moisturiser.  It’s nice, they wanted to show that you can use the spray and put your clothes on straight afterwards and to that end hired a dancer to dress really quickly, with no special effects.  I think it’s just on US TV at the moment.  They didn’t need me to storyboard the woman dressing, but instead wanted to put together a few other images for the rest of the scene. In the end I don’t think they used any of the shower shots! 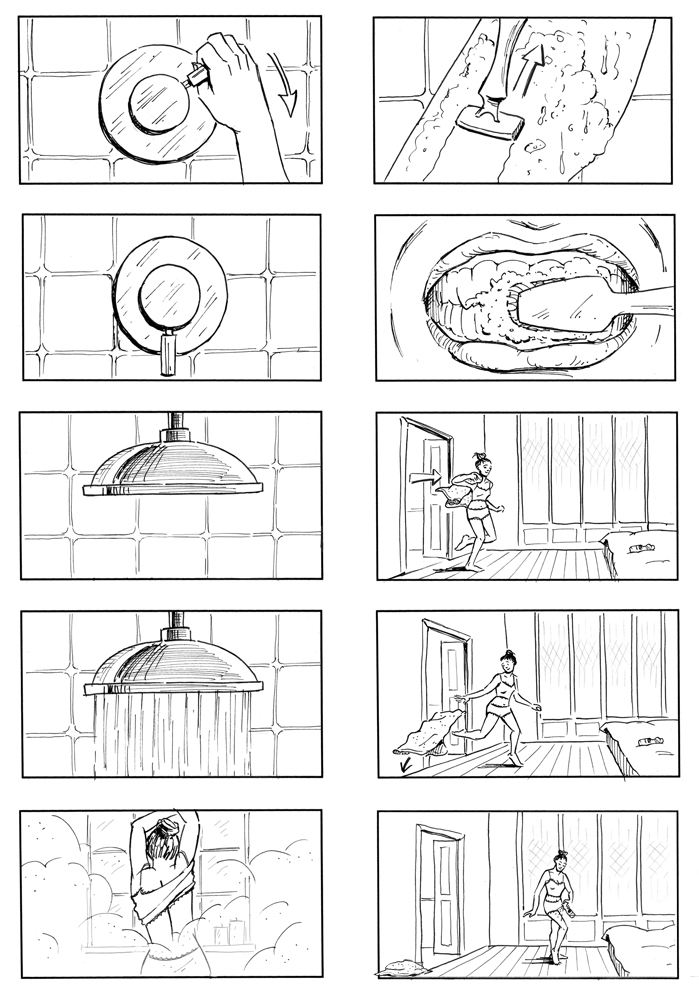