Kapow! (or in Costa outside)

I went to my first comic con, Kapow!, this weekend, mainly out of curiosity.  I wanted to see what it was like to hang out in that world; storyboarding obviously isn’t far removed, and I’m wondering where else I could go with it.  I was hoping to sketch some fan boys/girls but there wasn’t really a quiet corner, so I ended up drawing a statue outside Costa Coffee instead. 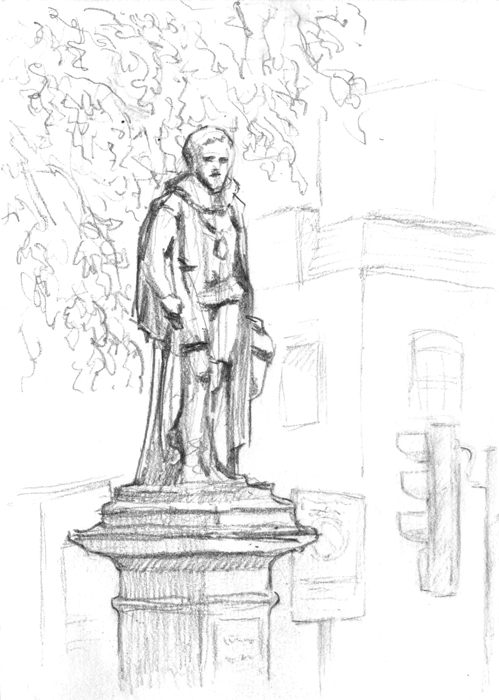 I also bought some stuff from the Nobrow stand.  They’re a small publishers in East London who I’ve got a bit in to; their books smell amazing and everything looks like it’s been handprinted.  I really like the quality of their colours.  This is from The New Ghost by Robert Hunter: 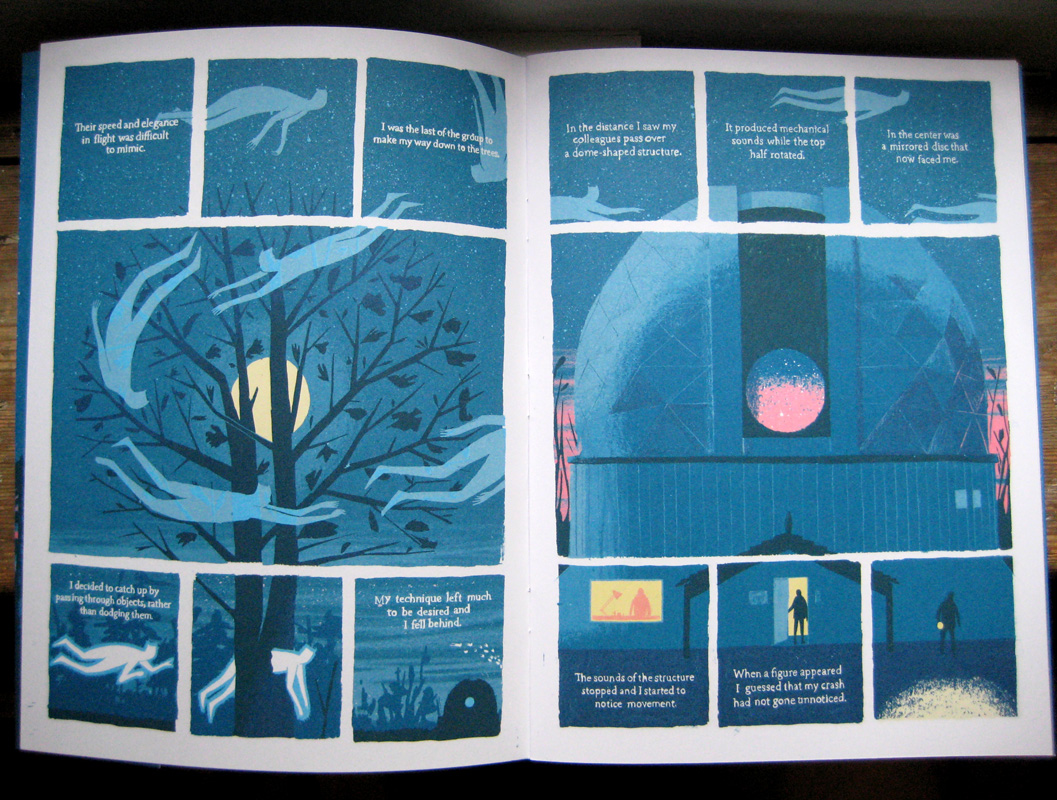 Mm love that space observatory.  The below is from Pebble Island by Jon McNaught, a wordless look at life on the Falkland Islands. It’s small, about 15cm squared, but the tiny frames manage to evoke the space and solitude of life there.  I really love it. 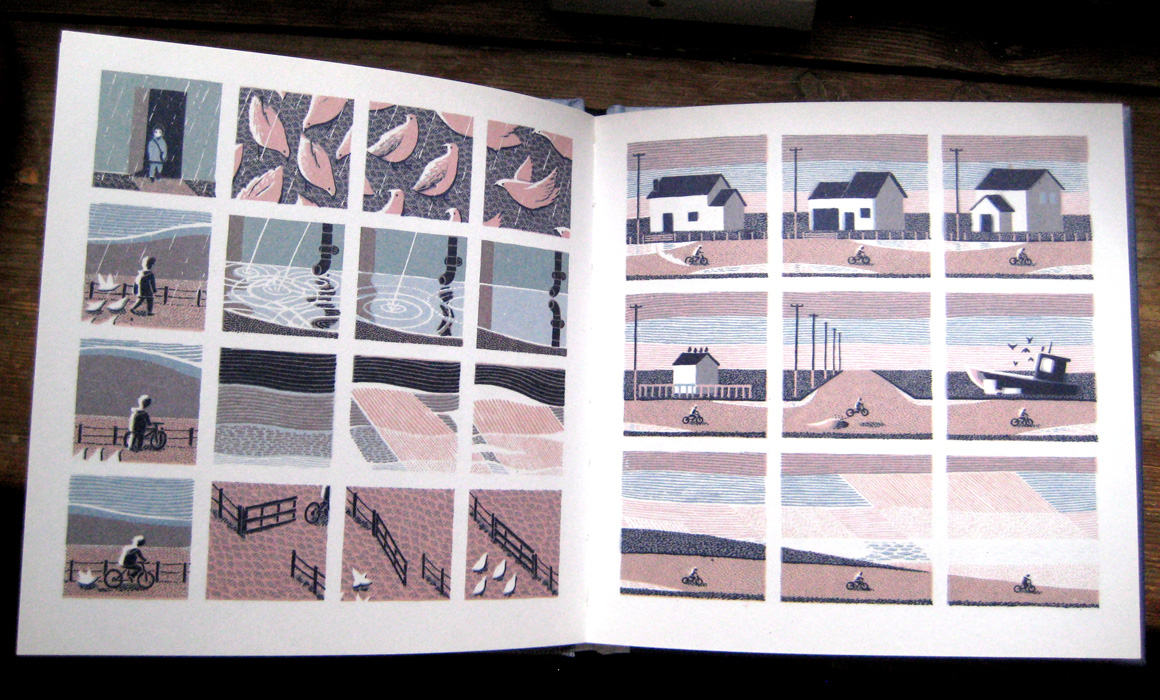