I’ve spent rather too long working on my business cards.  I had an idea which was never right, but I kept working at it like throwing good money after bad.  Eventually in despair I scrapped the whole thing and started over, with a better idea which meant it all happened much faster. 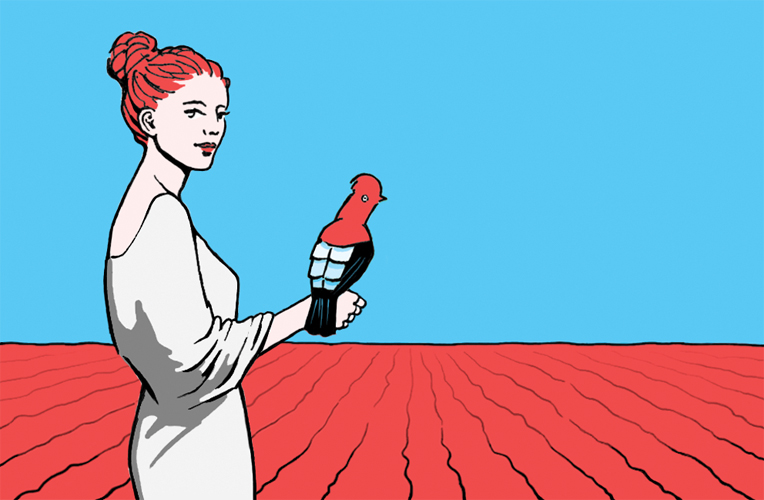 And here’s the other: 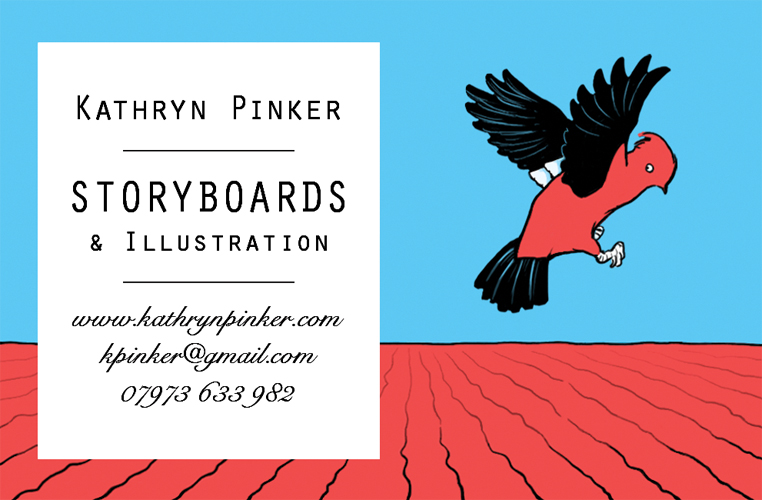 It’s not quite as random as it might appear.  I wanted a person in it – they’re the prominent feature in most storyboards and my favourite thing to draw – and an animal because they’re important to me.  The bird is a Cock-of-the-rock, which is a daft but beautiful species I got quite attached to in Peru.  I wanted a sequence to take place over the two sides, partly because it was possible (by using moo) and partly because it would fit with the storyboarding theme.  There are a few tweaks I’ll make for the next batch, but for now this idea can stay.