In 2011 I storyboarded a short film for Si&Ad, who are a directing duo I regularly work with.  Actually it was the first thing I did for them.  The film’s not on release yet, but it’s been selected/awarded at several film festivals, which is pretty awesome.  I can’t put all the frames up yet but here are a few that back up what’s in the trailer (on youtube here).  It was filmed in Jaywick, a caravan park on the Essex coast that over the years became a full-time settlement.  But the caravans weren’t designed for such prolonged use and the place has become very run-down and desolate.  I love the film/town’s spaciousness, I got quite immersed in the atmosphere storyboarding it.  You can see another couple of pages here. 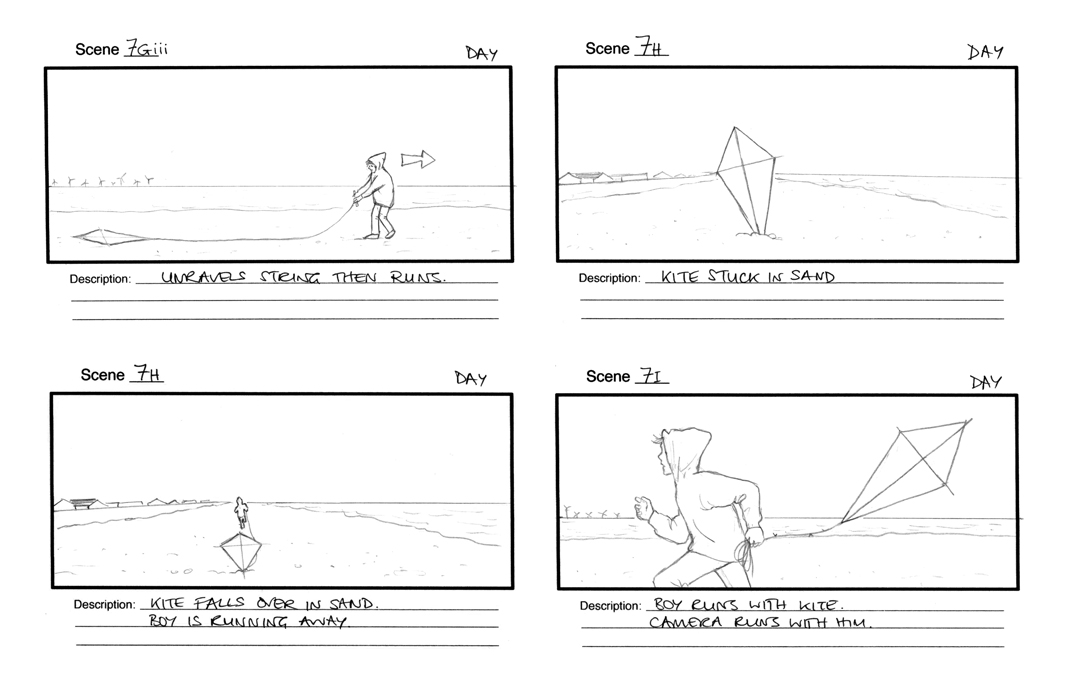