Last night I watched The Mona Lisa Curse, written and presented by Robert Hughes, an Australian art critic residing in New York who’s been er criticising for years.  It was really good, an hour and a half with a lot of filler and mood music, but otherwise v interesting.  I just wanted to record what he said, somewhere, otherwise I’ll forget.  And since I have this spanking new blog system to try out, I may as well have a go here.  I can always delete it later if I get too weirded out.

Essential point of the programme was that the value of a piece of art has come to be seen in monetary terms.  Hughes began and ended the programme with Damien Hirst’s diamond-encrusted skull For The Love of God (see below), supposedly sold for £50 million, making it the most expensive piece of art ever made.  Amusing excerpt from Wikipedia:

‘Hirst claims that the piece was sold on 30 August 2007, for £50 million, to an anonymous consortium[8]. Christina Ruiz, editor of The Art Newspaper, claims that Hirst had failed to find a buyer and had been trying to offload the skull for £38 million[9]. Immediately after these allegations were made, Hirst claimed he had sold it for the full asking price, in cash, leaving no paper trail.

Harry Levy, vice chairman of the London Diamond Bourse and Club, said “I would estimate the true worth of the skull as somewhere between £7 million and £10 million.”[9] Her Majesty’s Revenue and Customs would expect £8.5 million in VAT payments, if Hirst really did receive £50 million.[9] David Lee, editor of The Jackdaw, commented “Everyone in the art world knows Hirst hasn’t sold the skull. It’s clearly just an elaborate ruse to drum up publicity and rewrite the book value of all his other work.”[9]‘

Am I allowed to just lift stuff?  Anyway Hughes claimed this piece was the ultimate demonstration of how art culture has changed.  Rather than mirroring society’s decadence, he says it is decadence in itself.  The rest of the documentary involved conversations with various leading members of NYC’s art elite, cut with shots of Hughes staring glumly out of various windows as he narrated despairingly over the top.  Among these were the people whose job it is to choose art for wealthy investors (they were awful), and a billionaire who with his dad owned 800 Warhols.  Hughes visited him and challenged him to explain what he liked about Warhol, and Richard Prince who he also collected.  Hughes felt Warhol did some good paintings early in his career but ended up a dull businessman who had become part of the machine (he also knew him).  He spoke to another older guy who had a v important job choosing works of art for museums around the world.  He too thought Warhol was massively overrated compared to other important artists of his day.  Robert Rauschenberg was a friend of Hughes’ and very highly thought of, thought to be far more influential in the modern art movement; to my shame I’d never heard of him..!  He also went back to the turning point, where buying art became an investment.  A fellow called Robert Skull started buying up artists’ work back in the 50s and sold it on at exhibition for a huge mark-up.  Rauschenberg famously gatecrashed the big exhibition that included his work and attacked Scull for paying him nothing and going on to make all this money.  And hence the new era of art investment began.

One of the best bits was Hughes meeting Philippe de Montebello, Director for the last 31 years of the Metropolitan Museum of Art in NYC.  He was awesome, so dignified and articulate and not full of crap.  He spoke of how museums stand no chance of buying paintings these days when pitted against the private collectors.  Hughes asked whether, if the Mona Lisa was to do a tour of the world as it had in 1962 (I think it was), he would have it come to the Met.  Montebello said a categorical no.  He said he has held the Mona Lisa in his hands, out of its frame (!!), and that a painting like that is so transcendental you have a responsibility towards it.  He said the Louvre have it in trust, for mankind, and that we are its guardians, not its owners, and must safeguard it.  Hughes suggested it is at risk of conceptual degradation if it is reduced to celebrity status.  Montebello agreed, it is possible to debase it.  All v interesting.  Art taken out of context, just based on money/celebrity, is at risk of losing its meaning.

And this was more or less how he finished up the show, saying that the risk is that if things continue going in their current fashion, then the old question of ‘what is the purpose of Art?’ will rear its head, and indeed what or where will the purpose be if its worth is solely based on its price and trendiness, rather than its importance or quality?  His favourite, Rauschenberg, created works full of meaning and from meeting life head-on.  Hirst, he claims, is an exercise in self-promotion and money-making.

I’m with Hughes on a lot of this.  My knowledge of modern art is rubbish and I couldn’t really tell you which of the artists were the more important.  But I’ve never really been able to view that diamond-encrusted skull as good art.  I’m not saying it’s not art, just not good art – for me.  And the whirl of money (apparently it’s the most lucrative unregulated market in the world after drugs) that surrounds does feel like it’s taking away rather than adding.  In the most simple terms, people should buy a painting because they like it, not because it’s worth x amount of money.  God I remember going to the Royal Academy Summer Exhibition once and seeing a bare canvas, about 75cm x 50cm, with a little painting of an apple somewhere near the bottom.  It had a price tag for £6,000 or £8,000 (I forget which) on it.  Unbelievable!  The museum buyer guy said that a lot of good art never gets heard about because it’s not in a gallery/promoter’s interests to market it (it’s not of the moment etc.) – ie the marketing machine adds to the problem.  But then again everyone needs marketing to some degree.  Am still clarifying my thoughts on all this. (nb: https://www.guardian.co.uk/artanddesign/2008/sep/14/damienhirst.art for another point of view on Damien Hirst..)

So I wonder if there is a place for art now, revolutionary art?  I don’t really know what I’m talking about to a point; I am someone who leans towards the traditional forms of art-making so maybe I’m unwittingly a bit old-fashioned.  But there is so much media, imagery and information coming at us now; where does art sit in all this?  A lot of it feels like it is art, meaningful or not, blasting away at us.  So much information to take in. What could cut through it?  Actually I have unintentionally said similar things to Robert Hughes again (!) – see https://www.youtube.com/watch?v=pMsQg3wuRvM where he talks about the distractions that surround a piece of art nowadays.

Hughes said that for him the best art is dense with meaning and confronts the question of why we are here (which I think is Damien Hirst’s goal often?).  I like that and will think about it. 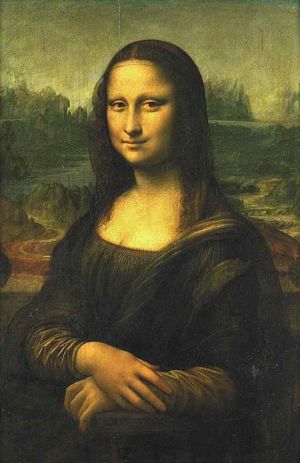